Boost Your Fertility with BAC

” About two-thirds of the oxygen in our atmosphere is produced in the surface waters of the sea by phytoplankton, the minute forms of algae that give the sea its slightly green hue, and which initiate th entire food web of the ocean. “

THIS ISSUE’S TESTIMONIAL:  ( she was pregnant )

” I would like to thank you for a miracle in my life. My younger daughter (36 yrs.) and her partner couldn’t conceive for the last 3 years.  It was very difficult to convince them to take BAC (Bio-Algae Concentrates), but after 3 months on F2, they were surprised to discover she was pregnant. On July 26th of this year, Sasha A. was born. (Mom continued F2, also while nursing.) Sasha is very bright and, at only two months, very communicative. We are all delighted and thank you all very much for your creation and dedication. With Love and Blessings “

THE MARTIAL ART OF WELLNESS ( Boost Your Fertility with BAC )

There can be little doubt that sperm counts are declining (8) and infertility is on the increase in western men, and a recent article published in Human Reproduction Update (2), made the point clear that things aren’t likely to get any better. Yet there is another factor which is also often missed when it comes to male infertility and it relates to the fact that, even when the basics in male sperm improve, such as concentration, motility, and morphology (normal sperm shape), the birth rates often still do not, as per this study on increased exercise (2).

My interest in this subject was further stimulated when I recently read another article (3) which discussed how algae could improve fertility in males of certain species, including human. The article then went on to link other research articles which focused not only on the measurable improvements to sperm concentration but also suggested that birth rates might be improved as well (4). All this reminded me of how Dr. Michael Kiriac Ph.D. who, during his fifteen long years of algae research, increased productivity, fertility and birth rates in animals perhaps more than any other scientist.

Dr. Kiriac’s research and successes with fertility occurred in the second quarter of the 20th century between 1975 and 1990, when acting first on behalf of the Moldova Academy of Science and later for the Soviet Union Ministry of Agriculture.  Dr. Kiriac conducted several algae research projects involving different species of livestock. The initial mandate of his research was to investigate prevention of various cancers, high rate of mastitis in cow, and high level of leukemic cells in their milk, prevention of cardiovascular disease in pigs, prevention of Marek cancer in poultry, and many other low productivity issues. Aside from the research mandate, there were surprising results that arose with the algae treatments. Particularly interesting were unexpected fertility related benefits. This was observed in poultry laying 15% more eggs per year, and their chick survival rates reaching over 98%, larger litter sizes and live births in dogs, northern foxes, minks, and other species. The story of Dr. Kiriac’s involvement and details relating to the many projects can be found in a book I produced in 2003, Awakening the Genius Within (ATGW) (5) which is available at www.awakeningthegeniuswithin.com

Much more importantly, I was reminded of how, since his arrival in America 21 years ago, Dr. Kiriac had included Bio-Algae Concentrates (BAC) in the diets of childless men and women which has, like with V.K. above, resulted in successful live births. Because the issue is so important to many couples, I share with you here for the first time, an informal study directly related to fertility in mammals, supervised by Dr. Kiriac where increases in fertility were demonstrated from bull sperm concentration, to live births in cows.

During those years, the Soviet Union did not allow keeping bulls on dairy farms and imposed artificial insemination of cows from collected bull semen. Semen collected is maintained frozen in liquid nitrogen for warehousing and transportation. On these gigantic dairy farms, cows must calve once a year if they are to keep up their milk output. Bulls weighing 800-900 kg (1900lbs) can be ferocious, and using collected semen is quicker, simpler, and more efficient than the natural way. 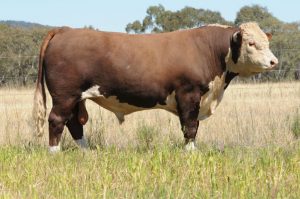 With 1.5 gram of BAC added to their diet, bull’s fertility quadrupled

It was during the writing of Awakening the Genius Within, that Dr. Kiriac talked to me about increased fertility in bulls at the Elite Bull Semen Collection center, a neighborhood center that collected and sold bull semen to dairy cow farms in all of the Soviet Union and Eastern Europe communist states.

Prior to 1986, this center had purchased poultry egg powder from local providers to mix with a nutritional feed supplement to increase sperm concentration in the semen. In 1986, its director Nepop Grigorii, a former scientific collaborator of Dr. Kiriac, learned about the higher nutritional value of the egg powder from the poultry fed the Bio-Algae Concentrates (BAC), and became a customer of Dr. Kiriac’s poultry research farm for the next several years.

Not long afterward, Mr. Grigorii shared with Dr. Kiriac that he was obtaining noticeable increases in sperm concentration, motility and lifespan using these eggs from poultry fed the BAC.  Though not originally part of his research,  but in light of greater productivity already proven in poultry, cows, pigs, and other species, Dr. Kiriac proposed feeding each bull 1.5 gram (4 capsules) of BAC daily. Not surprisingly, some benefits were immediate and obvious. There were measured increases in ejaculate volumes from below 5 ml to above 15 ml, ~400% in sperm concentration and ~400% in motility (progressive motility).  Morphology (sperm shape) was normalized, and there was 5-15 hours increase of the sperm lifespan (duration of activity) (6). 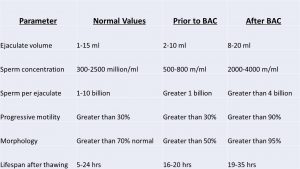 Despite these obvious positive results in semen quality, these numbers became truly meaningful when dairy farmers using this semen confirmed that as many as 100 additional cows could be inseminated from the same semen sample size. Previously, cows needed to be re-inseminated anywhere between 20% to 50% of the time, and after the introduction of BAC into the bulls’ diet, the success level jumped over 95% (not incl. cows with genital abnormality.)

Yet these dairy farms’ positive results were 100% in line with those of all species supplemented with BAC during Dr. Kiriac’s fifteen years of research (7).  Though the original research mandate had been to prevent cancers, what was observed with all species, once the cancers were under control, was a surprising increase in animal productivity well over 15%.  This productivity became undeniable when measured in trials comprising large numbers of animals. A 15,000 dairy cow farm saw increases of ~15% in milk volume and ~9% in its fat and protein content. At the large 1.5 million poultry research center, poultry produced ~15% more eggs annually, also with higher fat and protein content. On a large 54,000 pig farm, cancers and cardiovascular diseases were eliminated, and animals had much higher meat quality, taste, and no bad fat.  With over one million minks on several Siberian farms, litter sizes jumped 25%, and the fur quality became superior.

There are many more benefits which resulted from BAC supplementation in farmed animals and many are recorded in my book Awakening the Genius Within. Interestingly, since Dr. Kiriac relocated to Canada in 1996, he has observed similar successes in human couples who had struggled with infertility, often for many years, and who ultimately, like in V.K.’s story above, achieved what was most important to them.

6) Fertility, Fecundity and Viability with BAC