The art of medicine consists of amusing the patient while nature cures the disease.

“ My son, aged 6, is not yet speaking and Doctors think he is on autism spectrum based on the autistic-like characteristics. He spoke 10 single words by 18 months and then made no gains in his speech. His other delays included difficulty in sensory modulation and regulation, both fine and gross motor delays, and lacking age-appropriate play and social skills. He is a very friendly child and loves to socialize but did not know how, until I started him on BIOSUPERFOOD.He has been on F3 since December 2011 and in that short span of time his school staff and I have both seen some startling positive changes.

Bio-superfood is truly a miracle food and I am looking forward to seeing more improvements. ”

As most of you know by now, in the spirit of The Martial Art of Wellness, I am committed to demythifying either substances, supplements or certain concepts of health that I believe to be incorrect or just plain wrong. This month I am presenting you with the big business myth of consuming fish oil for its omega-3 value. In doing so, I hope to increase your awareness and knowledge and free you from the constant marketing and brainwashing about these oils. As wellness warriors, knowledge should come as number one in your arsenal. Only then will you be able to make the right choices in your diet and supplementation.

Krill & Fish Oil Marketing Schemes: What are they really selling?
This article is contributed from a blog at: http://thehealthcoach1.com/?p=1616

Do you have any idea how difficult it is to properly extract oil from dead animals (e.g. cod liver or krill or salmon) so as to preserve all the active ingredients and prevent it from going rancid at the same time?

Truly, this would be a great feat, if it could be accomplished successfully. The point is that it can’t be done successfully; hence, we have a LOT of people paying LOTS of money for fish and krill oils that are both rancid and devoid of much of their original nutritional value.

This is an extremely unfortunate situation because of how many people buy these oils in the midst of serious healing crises, medical emergencies and other grave health challenges. Not a pretty picture at all! 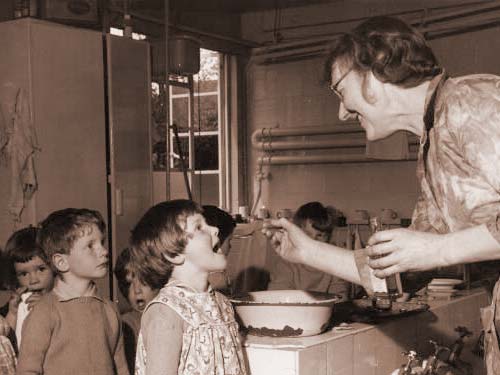 And all of this hype and hoopla is ‘created’ in the interest of delivering large amounts of omega-3 fatty acids to the individual who has been convinced that he is deficient in these essential fatty acids.

When will the old Hegelian Dialectic ever end:

It will only end when people wise up and start thinking for themselves, especially applying just a little common sense to their health and wellness needs. Here’s a piece on cod liver oil which every user ought to read prior to spending their hard-earned money on these expensive products. Cod liver oil may have some health benefits but has serious side effects as well. It should be taken with caution. Please bear in mind that this discussion does not even address the two most important issues with fish oils – namely rancidity and loss of nutritional value.

What is the point, unless you want to pay the salaries of those supposed health product marketeers who are hawking these wares with all the smoke and mirrors of the Snake Oil Salesmen of yesteryear.

The Modern Version of the Snake Oil Salesman

Truly, this little game is quite fascinating to watch. Even the smell of these fish oils is terrible, as if that isn’t enough of a sign that something is very not quite right with them. We think that Dr. Edward Kondrot got it right when he started comparing fish oils to vegetable-derived oils in his prescient article entitled:

ARE FISH OILS CONTRIBUTING TO BLINDNESS?

Here is a key paragraph from this article which also states that “Fish Oil just does not work! It is another example of finance masquerading as science. In this case developing a market for the waste products of fish and of medicines long history of mistakes and wrong dietary recommendations.”

“Fish oils have been shown to be beneficial in some health conditions, however there are issues with fish oils. One is the quality of the fish oil being taken. Many people are taking fish oils that are either rancid (usually sold cheap over the counter) or fish oils that contains heavy metals due to the poor purification process. Additional problems seen with fish oils is poor absorption of this type of supplement. Any patient that has had their gallbladder removed or has had gallbladder issues in the past, most likely will not absorb fish oils properly which could cause irritation of blood vessels and other tissues. Furthermore, as we age our ability to absorb essential oils decrease due to reduction in lipase function. Lipase is an enzyme secreted by the pancreas that breaks down fat soluble nutrients (lipids). All of this should be taken into account when supplementing patient with fish oil.”

Dr. Alfred Zamm, DO, MD from Kingston NY, who The Health Coach consulted with during the early ’90s, said it best when he said that mercury amalgam fillings are obviously a bane to human health because mercury is a poison when found in the human body. Likewise, rancid fish oils contribute a toxic load to the overall body burden simply because they’re rancid. Just as mercury is a poison, fish oils (krill oil, too) are by and large rancid coming out of the blocks, so why even go there. And why spend so much money on the more expensive krill oils?!

THE SIDE EFFECTS OF COD LIVER OIL

What you have just read if you clicked on the link above are just of the few of the side effects of Cod Liver Oil. Doesn’t it strike you that this same list of adverse health effects could easily be found in a pharmaceutical advertisement which is obligated by law to post the known side effects? Just because cod liver oil or krill oil is ‘natural’ does not mean it is not a very potent and potentially toxic in amounts exceeding YOUR body’s capacity to properly digest and metabolize it.

This is where everyone is called upon to exercise discrimination in determining just how many health products and nutritional supplements they will have foisted upon them. You know the MLM guy who just won’t take “NO!” for an answer, don’t you?

As for a more complete look at krill oil, here is a list compiled by By Leena Palande at Buzzle.com.

What is especially noteworthy is that krill are small shrimp-like crustaceans and belong to the same subphylum of seafoods to which many people are allergic. Therefore, it is advisable to look very closely at any possible allergy to shellfish. By and large, strict avoidance is recommended of all shellfish and their byproducts for anyone working through chronic or infectious disease, auto-immune disorders, multi-infection syndromes, as well as any other major health challenges. Sorry, but shellfish are usually one of the first to go when trying to clean up the diet.

What is strongly suggested through this article is that seafood oils have a cost/benefit ratio that needs to be carefully considered, especially by those who are burdened by a toxin overload. Even if you are not unduly burdened, you would want to seriously consider any regular substantial expenditure on a product that is rancid. Especially when such products are devoid of much of their nutritional value (with the exception of omega-3s) because it is fundamentally a very unstable animal byproduct. 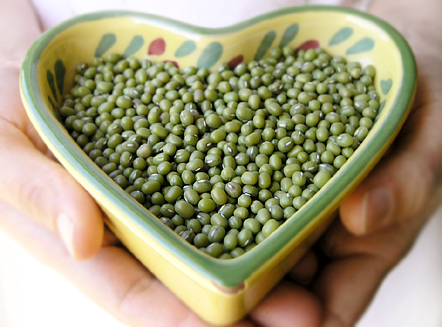 By far the best source of omega-3 fatty acids are vegetable sources. They’re much easier to digest and in a much better complex when coming from plant-based sources. Flax seed is particularly high in omega-3s, but NOT flax seed oil. Best to receive the oil from the whole organic, fresh seeds whenever possible. That’s because extracted flax seed oil goes rancid very quickly as well. There are a variety of ways to eat flax seeds, including a cup of flax seed tea. Boil a cup of water and add anywhere a 1/2 teaspoon of seeds or more and let it steep for as long as possible. Then drink up, but chew the seeds as much as possible. Other sources include walnuts, cashews and pecans as suggested at this website: OMEGA 3 VEGETABLE SOURCES

For more information about fish oils, read my previous article “To Fish Oil or not to Fish Oil at http://quantumleapwellness.com/bionews0611.html