” Mushrooms are miniature nutrient factories, and of the thousands of mushroom species in nature, our ancestors and modern scientists have identified several dozen that have a unique combination of talents that improve our health. ”

Listen to this short video for best on mushrooms at http://www.hostdefense.com/resources/interviews-with-paul

THE MARTIAL ART OF WELLNESS: Mushrooms for Health!

When I was researching superfoods 15 years ago, mushrooms were on my radar.   And since, I have wanted to introduce mushrooms in our offering at BIOAGE.  It is not until I was introduced to the Host Defense mushrooms by Paul Stamets that I became convinced to offer them to myself, my family, and my clients.  After consuming some of Paul Stamets’ mushrooms now for over three months, I am confident that they are the best mushrooms offered in America.   The factors that convinced me of this are  1.) that they are organic, and,  2.) that they are grown by a world leading expert in not only mushrooms, but in soil and organic life.  In the next several months we will be writing about mushrooms and we will also be conducting webinar and telephone conferences to help you in your decision to try these extraordinary mushrooms as you continue your quest for wellness.

These constituents in turn may enhance immune system function and vitality. 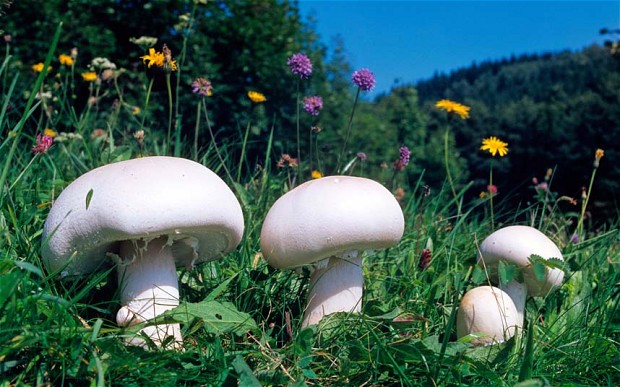 Nature supplies mankind with nutrition, healing and wholeness, and mushrooms are one of the many miracles found in nature. Mainstream is just now learning of the many benefits to consuming healthful organic mushrooms.

Mushrooms contain some of the most potent natural medicines on the planet for healing the human body. Of the 140,000 species of mushroom-forming fungi, science is familiar with only 10 percent, according to world-renown mycologist Paul Stamets who has written six books on the topic.

Nearly 100 species of mushrooms are being studied for their health-promoting benefits. Of those hundred, about a half-dozen really stand out for their ability to deliver a tremendous boost to the immune system.

It’s important to eat only organically grown mushrooms because they absorb and concentrate whatever they grow in — good or bad. This is what gives mushrooms their potency. Mushrooms are known to concentrate heavy metals, as well as air and water pollutants, so healthy growing conditions are an important factor.

While it may sound strange, this is a good thing for us in that we are actually more closely related to fungi than we are to any other kingdom, as we share the same pathogens, meaning bacteria and viruses.

As a defense against bacterial invasion, fungi have developed strong antibiotics, which also happen to be effective for us humans. Penicillin, streptomycin, and tetracycline all come from fungal extracts.

Mushrooms have approximately 12,000 genes controlling the production of more than 200,000 compounds. Each mushroom species has a unique genetic identity and molecular architecture.  Embedded within this highly integrated molecular matrix of fungal cells are beneficial active ingredients. Our bodies are able to utilize these active ingredients, provided the mycomaterial is pure, genetically potent and bioavailable. Using the mushrooms and mycelium in their natural forms renders them functional foods. With mushrooms, the adage that “the whole is greater than the sum of its parts” seems particularly descriptive. For the majority of us, mushrooms are a whole system tonic, benefitting overall human health, fortifying and readying immunity.

Mushrooms as superfoods are simply more efficient than most regular foods!

We at BIOAGE have chosen Host Defense Mushrooms because we believe they are simply the best mushrooms available in a bottle!  Host Defense’s Mushrooms are Certified Organic. They are Sustainably Cultivated and Grown, and they are processed in the U.S.A. They are formulated by top mushroom scientist Paul Stamets, D.Sc. who, together with his skilled team, grows every single mushroom in every single Host Defense product, maintaining complete control over their raw materials.   They are backed by Scientific Research, and the capsules are Non-GMO Project Verified & Bee Friendly™.

– Huffington Post, July 2, 2012, Place Mushrooms in Sunlight to Get Your Vitamin D: Part One