Prayer is Talking – Meditation is Listening

” If the ocean can calm itself, so can you. We are both salt water mixed with air. ”

THIS ISSUE’S TESTIMONIAL: ( Able to focus the entire day)

” I wanted to let you know I was able to help my cousin who has ADD using BAC. She is 22 years old and for the first day she took half a capsule of F2. She was able to focus the entire day at work and did not get upset when a very stressful situation arose. She was also able to carry on a conversation without stuttering after her long work day. The benefits are continuing. Thanks again for all your help. ”

In last month’s BIONEWS, we touched on the subject of the least tangible, most mysterious (to many) aspect of our health – the SPIRIT/LIFE ENERGY/QI/PRANA…

We also offered a handful of suggestions as to how to nurture that aspect of your well-being and bring about an overall improvement in your health.  One of our suggestions was to engage in meditation – a topic we will further elaborate on in this month’s issue. 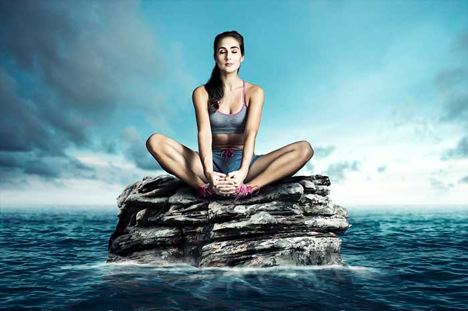 We briefly mentioned the Stress Response vs. the Relaxation Response – and the impact of both on our central nervous system.  The bottom line is that although stress plays a role in survival in a fight-or-flight situation, chronic stress is simply very bad for your health.  Stress has been shown to cause heart problems, high blood pressure, and even some forms of cancer, in addition to the myriad mental and spiritual health consequences.

There are several techniques you can use in to help you deal with stress and reach a calm state of mind. Peaceful visualization of a “happy place” and/or deep breathing – focusing on the inhalation and exhalation of your breath – can make you feel more centered and in control and help reel in rampant stress. 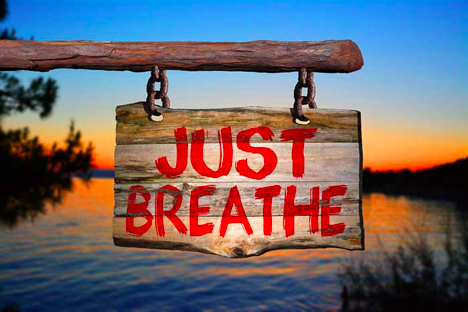 To many people around the world, meditating is an integral part of their daily spiritual practice or (mental) health regimen that helps them to deal with the omnipresent stresses of modern life.

What do YOU feel or think of when you hear the word Meditation?  Is it a familiar, comfortable feeling – part of your daily routine – or does the word itself make you feel uneasy, self-conscious and/or uncertain?  Is it a part of your daily regimen or do you equate it to something of a religious (or even secular) nature that’s unknown or foreign to you? The five major religions – Hinduism, Buddhism, Judaism, Christianity, and Islam all practice forms of meditation. And in all likelihood most of the many other religions do also.  But Meditation does not require or involve any religious belief or practice.

1: to engage in contemplation or reflection

2: to engage in mental exercise (such as concentration on one’s breathing or repetition of a mantra) for the purpose of reaching a heightened level of spiritual awareness

Now I may be wrong, but I’m guessing that everyone who is reading this can say that they’ve meditated, based on the above definition.  In fact, back in 2003, Time magazine estimated that 10 million people meditate regularly.

I wonder, though, how many recognize the act of Meditating as a very effective tool for regaining and maintaining not only their mental and spiritual bearings, but also their physical health?

According to Psychology Today “Some archaeologists date meditation back to as early as 5,000 BCE, and the practice itself has religious ties in ancient Egypt and China…”

The West, however, has been slow in the uptake of the knowledge and practice of meditation though small pockets of Zen Buddhists and others were practicing as part of their spiritual practices in the U.S. back in the 1800s.  Meditation was considered to be on the fringe of science – at best.

In 1962, a little known Indian sage named Maharishi Mahesh Yogi published his books introducing the method he called Transcendental Meditation and, by the end of the 1960’s, his followers included the Beatles and other famous public figures. This helped raise the awareness and popularity of meditation to new heights.

Then, in 1967, Harvard Medical School professor Dr. Herbert Benson risked his professional credibility by studying the effects of meditation on health, later publishing The Relaxation Response and founding the Mind/Body Medical Institute.  “All I’ve done,” Benson told TIME, “is put a biological explanation on techniques that people have been utilizing for thousands of years.”

In the 1970s, Robert Keith Wallace was the first Western scientist to make any major breakthrough with his biomedical research into the physiological changes that take place during Transcendental Meditation, compiling data over a period of several years of measuring brain waves, blood pressure, heart rate and other indications of physical change.  His research showed a metabolic rate reduction during Transcendental Meditation that surpassed that achieved during many hours of deep sleep, though his subjects remained conscious and awake.  Dr. Wallace called this unique state of mind and body functioning “restful alertness”.

In 1978, he turned his research into the area of human aging and discovered that the subjects who practiced regular meditation were significantly younger, biologically speaking, than their chronological age, and that the results of older subjects were as good as those much younger; and that at any age, the physiological benefits and biological age improved exponentially with the number of years the meditators had been practicing.

In Quantum Healing / Exploring the Frontiers of Mind/Body Medicine, Deepak Chopra cites a 1986 Blue Cross-Blue Shield insurance study of 2,000 meditators in Iowa that showed these people were much healthier as a whole in 17 major areas of serious disease, both mental and physical.  The meditators were hospitalized 87% less often than non-meditators for heart disease and 50% less often for all types of tumors!  Equally impressive reductions were observed in respiratory disorders, clinical depression, and digestive disorders among others.

Today, though still in it’s relative infant stage in the West, the practice of meditation is being recognized throughout the healthcare industry as a means to not only focus the mind, but also to control stress, positively impact blood pressure and other heart problems, to cope with pain, and much more…

Did you know that BAC targets the brain glands in particular – the pituitary, hypothalamus, and pineal – because only they and the central nervous system they control are able to powerfully wake up our sleepy immune system.

BAC also helps the body resonate at healthier frequency levels. The molecules in BAC resonate at frequencies ranging from 50 Hz to several hundred Hz. The human red blood cell resonates at an optimum frequency of ~62 Hz +. When cells vibrate at healthy frequencies, bacteria and microbes will leave them alone as they cannot survive these levels of vibration.

We’ll continue to explore Meditation and vibrational healing in the November issue of BIONEWS – – be sure to watch for it in your InBox!