Most over-the-counter and almost all prescribed drug treatments merely mask symptoms or control health problems or in some way alter the way organs or systems such as the circulatory system work. Drugs almost never deal with the reasons why these problems exist, while they frequently create new health problems as side effects of their activities.

Strength-wise and endurance-wise I am making crazy improvements

“ I have been taking this supplement now for a while, I started training three weeks ago and the improvements that I make are just insane. I take three in the morning and three in the afternoon and my friends, who are professional fighters, all ask me what I am using.

Strength-wise and endurance-wise I am making crazy improvements. It’s the ONLY thing that I am taking next to Milk Thistle, no other things what so ever.

My neighbor is 56 years old, he used to be Stallone’s bodyguard for 17 years, he’s taking it too and can’t believe what he’s doing right now, training hard and recovering like crazy.

I truly believe that it can be only because of the BioSuperfood, since that’s the only thing I use.

Everywhere I come people ask me what my training routine is, when I tell them that I started training three weeks ago after a 14 month layoff, they don’t believe me.

Many will think for sure that I am doing something illegal, like steroids, but trust me, that stuff I don’t use, they can actually test me with ANY test they want, and if they want to put their money where their mouth is, I will be happy that bet right away, I can always use some extra cash!

Try it out and see how it works for you, what do you have to lose right?

UPDATE AT WWW.THEMAGICISBAC.COM (Stay in Power with BAC)

What worked with cows, minks, big cats, chickens and pigs will now help strength trainers and endurance athletes. Bio-Algae Concentrates (BAC) was proven in very large animal trials to increase strength and disease resistance of horses, sheep, cattle, chickens, hogs and many other species. This natural supplement amongst many benefits has been proven to increase protein synthesis and assimilation of nutrients. BAC and many of its nutrients have been shown to help maintain muscle mass and improve recovery from strenuous exercise in endurance athletes as well.

In the context of sports and athletics let’s focus on leucine for a moment, one of BAC’s important branched-chain amino acid. In independent research conducted at the Iowa State University, leucine supplementation has been shown to heighten muscle mass and strength in athletes who carry out regular resistance training.

Leucine has been a major player in a scientific quest which has taken place over the past three decades. This scientific journey has actually had two key elements – an attempt to help patients suffering from major trauma (including victims of severe burns, those involved in serious car accidents, and patients recovering from extensive surgery), and an effort to make farm animals leaner and larger. While those two goals may seem somewhat unrelated, they both revolve around an activity which is absolutely essential for life: protein synthesis, and resulting cellular repair, cellular split and regeneration.

Basically, an individual suffering from major burns or physical trauma needs to rapidly manufacture new body tissues while making sure that any cells not affected by the injury remain healthy and viable. To quickly create the new tissues, the body must use basic chemical building blocks – amino acids – to assemble the mint-condition proteins which will be the foundation for the new muscles, tendons, ligaments, skin, and so on. Similarly, farmers raising livestock for market are hoping to accelerate the same processes in their animals. Like doctors working with traumatised patients, the farmers want to create as much new muscle as possible in their animals while preserving the muscle tissue that is already in place.

Leucine comes into the picture because it’s one of the three so-called branched-chain amino acids (the other two are isoleucine and valine). These branched-chain fellows are important because some studies have shown that they have a special capacity to boost protein synthesis and inhibit protein breakdown. For example, when increased doses of the branched chains are given to hospital patients recovering from surgery, decreases in urinary nitrogen are sometimes noted, a sign that protein is being preserved more effectively (when proteins break down, they dump nitrogen into the blood). None of the other amino acids has as strong a protein-preserving effect as the branched chains.

Benefits of BAC for performance in sports and athletics

BAC has been observed to heighten muscle mass and strength in athletes who carry out regular resistance training, according to case studies and testimonials of hundreds of athletes of all kinds from all over the world that have been using it.

Best of all, the BAC is not a hormone, a steroid or a chemical and has been proven to be 100% safe. It has no known side-effects, and has produced a variety of positive effects in large number of scientific studies. Some benefits related to sports and athletic performance are listed next: 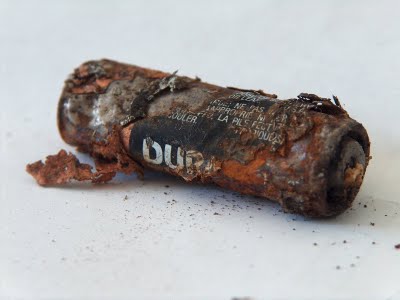 Reduced oxidative damage – Strenuous sports and training sessions for endurance and strength can often cause muscle injuries which are exacerbated by simultaneous production of free radicals. Supplementation with BAC which contains astaxanthin for which there are clinically proven indications that it protects muscle tissue against free radical oxidative damage during exercise and also inhibits the secondary inflammatory response. This leads to increased muscle endurance.

Consuming BAC “Fires ordinary foods – Most of us assimilate only a portion of the nutrients from the food we eat and the supplements we take. Consuming BAC promotes greater absorption of nutrients and vitamins into the blood for maximum availability to the body’s cells. Cell membranes when malnourished often become incapable of full assimilation of vital nutrients and enzymes. With BAC cells get all the oxygenation and nutrition they need from enhanced transfer across cell membranes.

Vitamins and minerals – BAC supplies an array of vitamins such the critical B vitamins, including B12, the vitamins A, E, D, K and C. It contains all known minerals and trace elements such as calcium, magnesium, sodium, potassium. Regular use is known to reduce the level of saturated fatty acids in the liver and increases the level of unsaturated fatty acids, enabling distribution and delivery of nutrients where they are most needed for peak metabolism.

Powerful Antioxidants in BAC – The effect of mixed antioxidants on the capacity for physical performance has been investigated in a number of studies. One such clinical study in humans to demonstrate positive clinical effects of natural astaxanthin was carried out in 1997 in Sweden. In a group comprising of 40 young healthy men, supplementation with astaxanthin per day was given to half of the study group for a period of six months. The results from the study showed a significant increase in muscle endurance amongst the men supplemented with astaxanthin compared with the men not supplemented.

Further studies carried out in Japan have also produced similar results when healthy young men were supplemented with astaxanthin as contained in BAC.

Finally, astaxanthin as contained in BAC has been examined for its sports-nutrition applications, particularly with respect to endurance athletes. In 1998, a six-month randomized, double-blind, placebo-controlled trial among healthy Swedish men found that supplementation with astaxanthin daily increased the number of knee bends these men were able to perform by approximately 45%. A 2002 study among Japanese track athletes found that with astaxanthin daily for 1 month, lactic acid buildup following a 1,200-metre run was reduced by nearly 29%.

QUESTIONS AT WWW.THEMAGICISBAC.COM (BAC in lieu of pills?)

This question was asked of Dr. Kiriac during a telephone conference call. This call was not recorded, but I took notes and I will convey the essence here. The exact question was:

Can BAC be taken in lieu of Aspirin for headaches or Pepto Bismol for acid burn?

That taking a Pepto Bismol will ease stomach burns, or other temporary discomforts of the gastrointestinal tracts, there is no doubt; that taking an aspirin will alleviate a headache, chances are good.

With this approach, you may alleviate your headache or acid burn, but its important to know that these drugs will carry negative effects. Aspirin taken frequently will cause liver damage depending on your diet and other factors; forcing your pH to change with Pepto Bismol will leave your pancreas even more lazy.

So the smart question is “Are you resolving the cause of the problem?”

When there are frequent digestive problems, or headaches, rest assured that there are bigger metabolic issues that need to be addressed.

Now with the direct answer.

Though it is not the intended way to use BAC, as a short term solution, taking a capsule of BAC and a couple glasses of water will alleviate the headache and often the stomach burn too. By the way, water alone may alleviate these symptoms.

Understand that the way BAC alleviates these symptoms is vastly different then the way of the aspirin or Pepto Bismol. The nutrients in BAC are assimilated and delivered to the cells of the body within 15 minutes of ingestion with resulting nutritional influences on the brain glands in charge of all metabolic activities, including producing alkalizing liquid via the pancreas, and regulation of the heart rate and vascular flows.

But the best way to use BAC is as a regular part of your diet in your quest for health, and avoidance of not just headaches and acid burns, but also the myriad of other potential health problems.

To reduce or avoid headaches and acid burns, and more serious health problems, maintain an overall preventative discipline where;