” So the real question for me as an educator is, if I go out and tell people that I think they are eating too much sugar, if I go out and tell mothers I think they should stop their kids from eating so much sugar because it is bad for them, am I going to get flak from the scientists? Or am I going to be allowed to make that statement without travail, on the grounds that even though we do not have hard evidence to link sugar with a specific disease, we do know that a dietary pattern containing considerably less sugar, in which sugar is replaced by a complex carbohydrate, would be a much healthier diet? ”

THIS ISSUE’S TESTIMONIAL: help with my sugar cravings

“ In talking with Dr. Roland Thomas, he told me what to do to help with my sugar cravings; and, it works. My energy is stronger, I am exercising for the first time in years and the scale is dropping; so far, in 2 months, I have lost 13 lbs. I can’t say enough how absolutely that BAC 2 & 3 are healing all areas and creating well being. 125 years looks good; so, I can say I am just now in the prime of life at 65. Thanks for you and Dr. Kiriac, the team that continues to bring healing to the planet. ”

THE MARTIAL ART OF WELLNESS (Sugar, the Silent Killer)

Ground-breaking drugs, innovative supplements, and guru diets are making the news every day. Notwithstanding all “medical advancements,” year after year Americans are getting sicker and more overweight. American’s deaths from noncommunicable diseases are estimated to rank 16th among the 17 most industrialized countries. 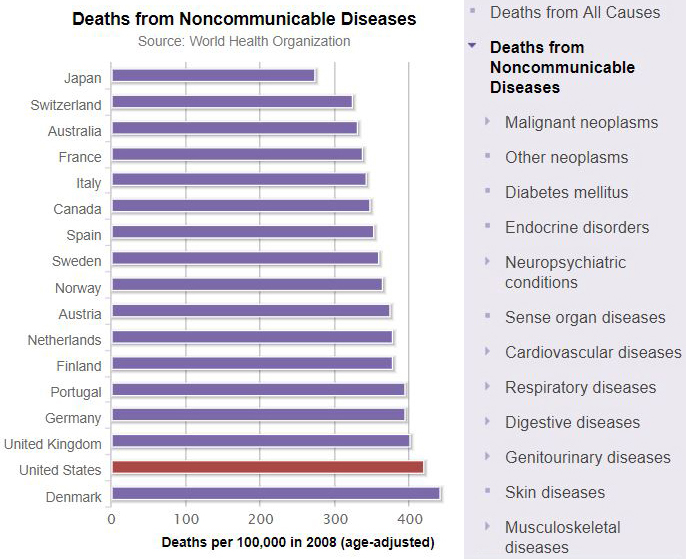 And conservatively speaking, if YOU were to stop the abuse of this ONE non-nutrient, there is no doubt that it could make you feel and look younger, and dramatically reduce your chances of touching another prescription drug. Even better, if a majority did it, chances are it would largely reduce the epidemic of obesity, diabetes, and deaths from the top six killer diseases in America.

This non-nutrient, whiter than cocaine and deadlier than any illicit drug, is refined sugar “the silent killer” sitting in your kitchen. 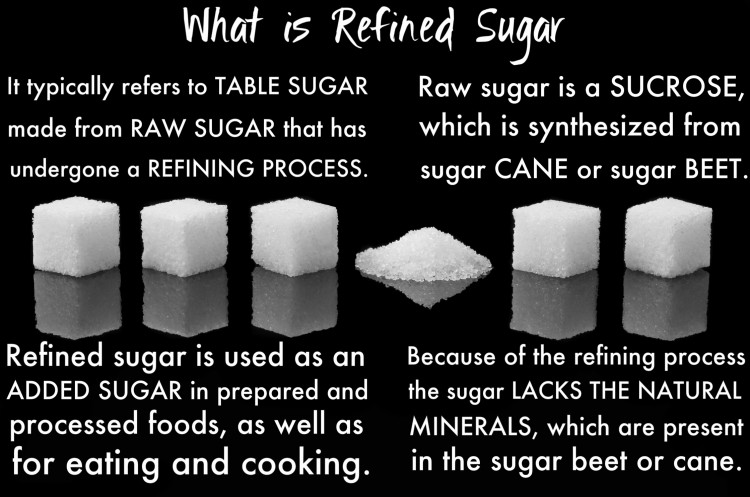 This white refined crystalline substance is a denatured molecule extracted from sugar cane, corn, or sugar beets, in the process separated from its life-giving co-factor vitamins, minerals, enzymes, and phytonutrients in its original whole food state. What is left is a concentrated and inorganic substance which the human body is not made to handle, certainly not in anywhere near the quantities ingested in today’s accepted lifestyle.

Additionally, in this concentrated form, sugar is addictive. The average American now consumes between 150 to 170 pounds of refined sugars in one year! This is per man, woman, and child. 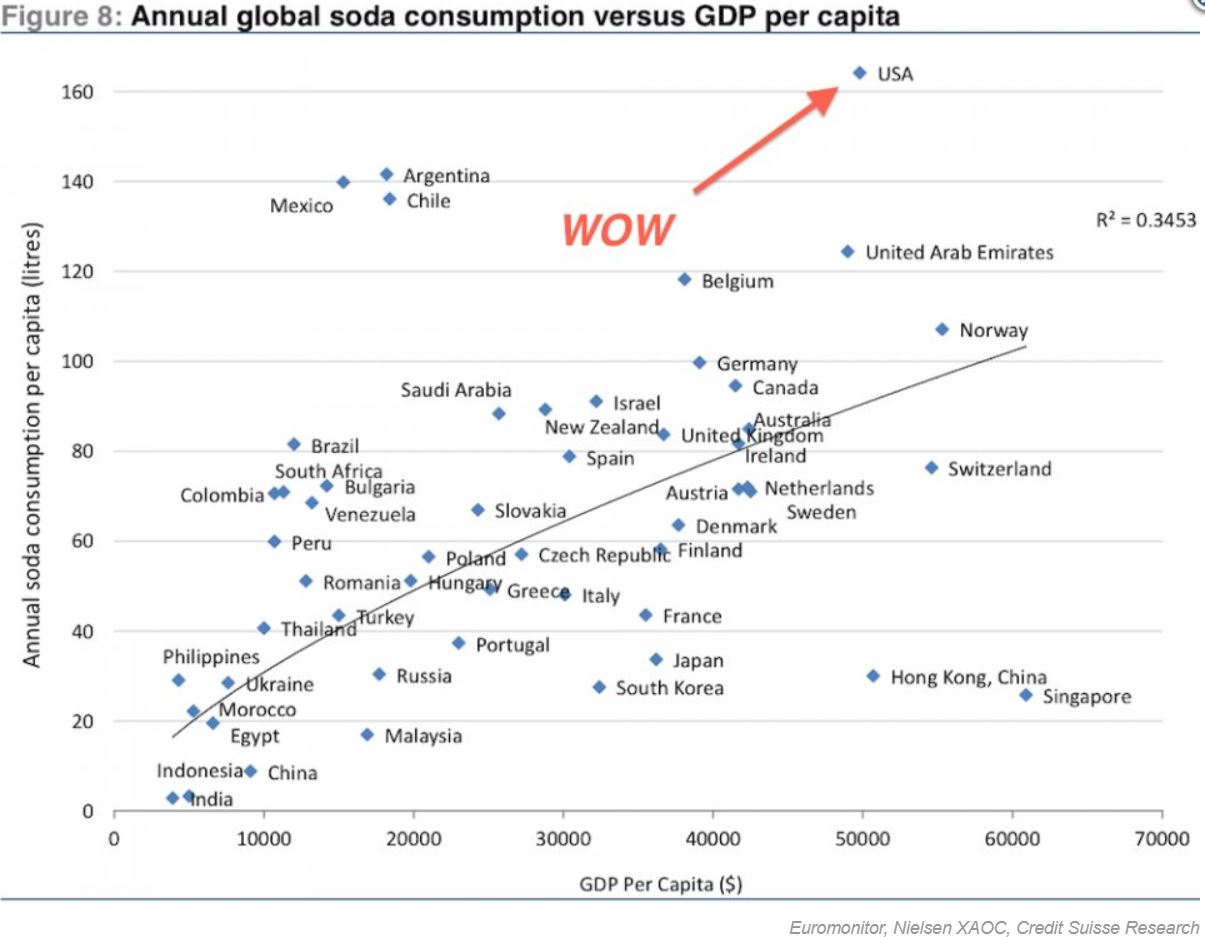 America drinks so much soda, they literally had to expand this chart to fit it in

The use of sugar, known as sucrose, is the main culprit in diabetes. Currently, 20 million Americans have type II diabetes and it is estimated by the Centers for Disease Control and Prevention (CDC) that this rate is growing at epidemic proportions. Sugar is a principal culprit in obesity. Approximately 800 people will die from obesity today. When given sugar, cancer grows like a wildfire on a windy day. Today, more than 1500 people will die from cancer.

While there is some publicity against the abuse of sugar, its true devastating damages are rarely, if at all, spoken about by the organizations responsible for health in America; the American Diabetes Association, the American Medical Association, the several cardiology and heart organizations, the National Institute of Health, and even the United States Department of Agriculture that put out the food pyramid.  Sadly, very few world-renowned health gurus, wellness authors, and wellness practitioners ever mention it.

The principal reasons abuse of refined sugar continues even when people know that it does more damage than any other poison, drug or narcotic are:

These reasons account for the outrageous amounts of sugar people in civilized nations consume. Americans are told how they are the best-fed and best-nourished people on the face of the earth. If we are talking about processed junk food – this is true. If you examine the “foods” in any supermarket more closely and start reading labels, you will find just about everything contains sugar. Most of the foods are loaded with it – from cereals to soups, mayonnaise, mustard, bread, to ketchup, to hot dogs. Some cereals are as much as 50% sugar.

The many ways sugar will kill you:

Of course, if you are going to reduce something, it must be substituted with a healthy alternative. Unfortunately, this alternative is NOT the easy aspartame, sucralose, neotame, or newcomer Splenda which are often touted as sugar alternatives. Another sugar replacement is the stevia plant. Stevia extract effectively replaces sugar by offering a sweet taste without the negative side effects! And I hope that you’ll all agree that best way to reduce refined sugars is to include lots of raw fruits and vegetables in your diet.

In my opinion, and a great defense against addiction to sugar is to know that most foods contain lots of natural sugar in them and to develop your awareness by chewing and tasting your foods well. And there are many books available about sugar, but perhaps one of the most interesting ones is “Sugar Blues” by William Dufty. It is available in most Health Food stores.