Take Time to Smell the Roses

Welcome to this month’s BioNews.  We learn to free ourselves from controls exerted over us. As we research we become FREE, we become powerful.  This pursuit of self-defense in wellness, I call “The Martial Art of Wellness.” And with practice we become Ninjas.

” Love is like a beautiful flower which I may not touch, but whose fragrance makes the garden a place of delight just the same. ”

THIS ISSUE’S TESTIMONIAL: ( …my blood is healthy! )

” I merely wanted to tell you how very much I like your product, F3.  I had a live blood test done several months ago and had parasites in my blood and several other issues. I was told about your product.  I had also taken tegratol for 15 years because of facial neuralgia.  A year ago I had surgery and it was successful but the residue from the drug was in my blood.  Since taking F3 my blood is so healthy!  I feel great!  I have not had an infection for over 6 months…that’s how long I have been on the product. ”

THE MARTIAL ART OF WELLNESS (Take Time to Smell the Roses)

In this month of LOVE, groundhogs, past presidents and snowstorms, we celebrate the impact of flowers (and, indeed all of the beauty of Nature) on your health. Flowers are a veritable feast for the senses, and a panacea for the mind, body and spirit. 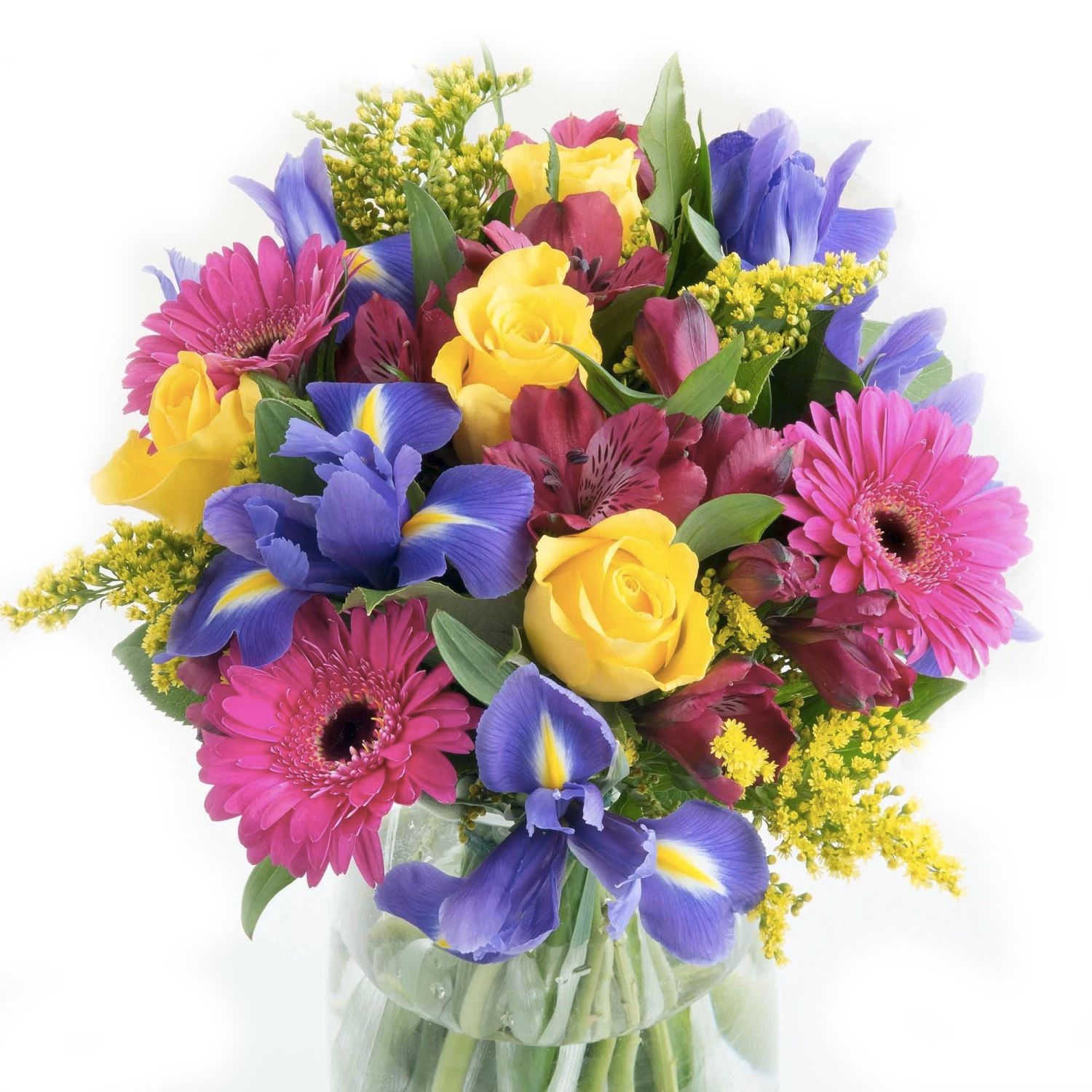 Even if we speak strictly in terms of esthetics, there’s no doubt that people have always been drawn to and found emotional release in flowers, admiring them in a meadow or garden, taking in their intoxicating scents, decorating with them and presenting them to loved ones and friends to express feelings that are easier said in flowers than in words. Flowers are, after all, the antennae of Mother Earth according to Katie Hess of Lotus Wei.

Various species and colors of flowers have been attributed with special meanings – sometimes differing even widely depending on the culture, time period or religion: the red rose is indisputably the symbol of romantic love while the white rose signifies purity, virtue and spirituality – but it can also relay sympathy. The yellow rose is a symbol of joy, friendship and optimism – but can also convey a Get Well message. In Buddhism and Hinduism, the lotus flower is generally considered symbolic of purity of the body, heart and mind, representing spiritual enlightenment, long life, health, honor and good fortune; while in ancient Egypt the same flower most often symbolized death and rebirth as well as unity. In other words, to at least some degree, the perceived meaning a flower conveys is somewhat in the eye of the beholder…yet few will argue their overall merits.

In the floral code of the Ottoman seraglios – developed as a manner of discrete communication through neither conversation nor the written word – just carefully chosen flowers – the lotus was said to convey either eloquence or estranged love. Floriography had flourished with the Chinese, Greeks, Romans, Persians and Turks even long before the French and the Victorians felt the need to publish floral dictionaries to explain this not-so-secret language of flowers! The language of flowers became the code of courtship and romance – a method of conveying the passions of the heart with discretion.

Might flowers and their essences hold a key to our health and well-being?

Aside from their indisputable esthetics and historical contribution to the expression of many a covert passion, do flowers offer us something even more beneficial?

“In this evolutionary plan, flowers were and are the very essence and the highest concentration of the life force of the plant. They are the crowning experience of the plants’ growth…” – Gurudas

Dating back to at least the time of Paracelsus’ Doctrine of Signatures, it would appear that there are many who believe that all plants have a language of their own that can be understood by those of us willing and able to listen…

To reflect the belief of Traditional Chinese medicine (TCM), our internal life force energy – Qi or Chi – runs through the acupuncture meridians in the body (which are not identified in Western medicine), and when these are blocked or unbalanced due to stress, all manner of dis-ease may result, whereas external life force energy in the form of flower essences can help to reharmonize and rebalance our health.

In his book, “Bach Flower Remedies for Beginners”, David Vennells touches on the Buddhist concept of the “subtle winds” or internal energies and how they affect and control the physical and mental health of the individual. “From Buddhism we know that any illness, before manifesting on the physical or conscious level, initially arises from the subtle or deepest level of the mind, which are subconscious to most people.”

Dr. Edward Bach, considered the modern-day father of Flower Remedies, is generally described as having been a psychic or sensitive. He was known to sometimes acutely experience the physical and/or emotional states that would be impacted by a particular flower – sometimes even days before discovering that particular floral antidote. Then, upon discovering the related flower, he would experience relief from that “affliction” simply by putting the dew from its petals to his lips.

In his book “Heal Thyself”, Dr. Bach made some key relevant points: “The main reason for the failure of modern medical science is that it is dealing with results and not causes…disease in its origin is not material … and will never be eradicated except by spiritual and mental effort… No effort directed to the body alone can do more than superficially repair damage, and in this there is no cure, since the cause is still operative and may at any moment again demonstrate its presence in another form.”

Aside from the sheer joy that flowers and the beauty of Nature can provide, flower essence remedies can provide the perfect complement to following a path of personal and spiritual growth. Dr. Bach believed that this path was the most important aspect of being human and, therefore the panacea for all that ails us. He taught that the root of disease was found at some level in the disharmony between the spiritual and psychological aspects of an individual.

“We are at last emerging from a time when good health is interpreted as the absence of disease. True wellbeing is something that lies beyond this limited concept, encompassing contentment and security, peace of mind and an abundance of vitality that is essential if our lives are to be enjoyable and fulfilling. … Many ancient and native cultures believe that everything in nature is infused with a vital energy, the spark of life. Wise men living several thousands of years ago proposed that when mind, body and spirit are perfectly integrated, this life force abounds, bringing with it a real sense of health and happiness. The way to attain such inner harmony, they claimed, is to respect nature and her ways.” – Claire Harvey

More on this next month in BIONEWS. Meanwhile, revel in LOVE and the beauty of Nature, Ninjas!