WELLNESS AS WE SPEAK

” The optimism of a healthy mind is indefatigable. “

all this in just ONE WEEK

“ My order was received yesterday and very timely too, as I went down with high fever, sore throat and flu aches and some sinusitis that I must have picked up while gardening outside Sunday. Having recently worked up to 4 capsule a day of F2, and feeling pretty grim, I popped the just received bottle of f3 and took just one capsule and went to bed.

This morning well, I am in amazement at the freedom from ALL symptoms. No headache, no sinusitis aches, nothing, except this really happy SMILE. My next e-mail will be cc’d to all my contacts saying “Get Biosuperfoods, we all needed them yesterday!” And all this in just ONE WEEK.

I can now look forward to health and life again at 65! All is just so naturally falling into place physically. I love my fresh attitude, having almost given up on myself. Amazed delighted,resurrected!

In occult terminology the Hypothalamus is known as the “Dweller at the threshold or guardian at the door” and plays a vital role in our consciousness, and when dysfunctional, lack of.

Indeed as an aware observer for over sixty years I can say this product can help make a paradigm shift, and Dr Kiriac should be nominated for Nobel Prize for service to humanity. I feel certain you have that same superfood smile, and isn’t it wonderful that all can have better lives from this cellular nutrition. I really love my smile, it is such a gift for me after years of stress and physical over extension.

Thank you and bless you, ”

MARTIAL ART OF WELLNESS ( WELLNESS AS WE SPEAK )

In his book “Wellness at Warp Speed”, Dr. Noah McKay introduces the motivated seeker to the fascinating, yet unexplained self-repair mechanisms inside the body. He even suggest that wellness is achievable right now as we speak. He names this phenomena “wellness at warp speed”.

As warriors in the Martial Art of Wellness, we must frequently remember our wellness potential. I often tell people that wellness can be increased with every breath, that is “if” you are conscious of it. In his book, Healing Power of The Mind, Rolf Alenxander, MD writes that health and healing can be attributed to the mind by as much as 80% to 100%.

In this month’s article I discuss aspects of the placebo effect and share with you the opinion and extensive research performed by Dr Thierry Janssen, a Belgian surgeon who has written several books on the mind-body connection.

Placebo: A Valuable Wellness Ally
A placebo (Latin: I shall please)

The placebo effect occurs when both medication and doctor have no allopathic effect. With the placebo effect, the healing is achieved by the patient’s mind. Many do not understand the essential and beneficial aspects of the placebo effect. Learning more about the placebo phenomena improves a person’s chances of healing and recovery.

Much of the healing power of placebo has been ignored as traditional scientific medical developments evolved. In many cases, modern physicians still scoff at the ability of the body to heal without allopathic treatments. This was and is not always the case. Some physicians and natural healers use natural medicine or combined modern and natural. Placebo is understood as an ally to the healing power of the human body.

In his book, The Interior Solution, Dr Thierry Janssen, a Belgian surgeon who has written several books on the mind-body connection shares his amazing and useful findings on the placebo effect.

According to Dr. Janssen, “It (placebo) can affect blood pressure, reduce edema, reduce stomach acid, lower cholesterol levels, change the number of white blood cells, and even improve cardiac activity recorded by electrocardiogram.” [1] Dr. Janssen also cites several case studies from his own research and experience. He has seen placebo play a role in the healing of the brain, coronary arteries, and joints following injury and surgery. Dr. Janssen found that simulated operations caused the same effect as actual operations in patients. 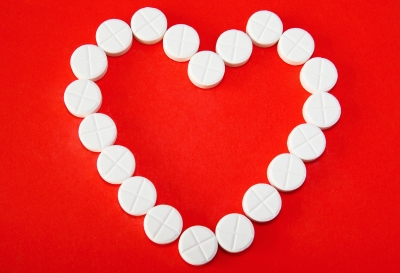 In addition to the patient’s belief in a placebo treatment is the doctor’s attitude. The effectiveness of placebo healing is dependent on your physician’s attitude and belief in a given treatment. According to Dr. Janssen, “The conviction of the therapist is a key element to obtain a therapeutic result. (Caring, friendly therapists), capable of empathy will produce an even more pronounced (effect).”

Dr. Janssen noted that over time, the attitude of physician’s changed. Doctors were not only unwilling to consider the self-healing power of the body, they viewed the placebo effect as an enemy and an embarrassment to their work and their research. The more a patient can do on her own, the less need there is for the care of a doctor. When a patient has the ability to heal on her own, they have little need for pharmaceuticals. The power of the placebo effect is often rejected because doctors and the drug industry fear a future in which patients believe in the healing power of their own bodies. Though patients might still need the guidance of a physician, medicine will cease to be the big business it is today.

Dr. Janssen witnessed events in which comments made by doctors had a direct effect on the health of the patient. He sites a long list of examples in his books, including a young woman named Susan. Susan was experiencing positive results in her battle against lung cancer. After her doctor noted “We must be careful, you cannot claim victory, a relapse is possible,” Susan’s condition deteriorated. The comment had no medical basis, since anyone can be faced with cancer at any time. Susan’s body responded to her doctor’s belief that she would relapse and she did.

In his book Dr. Janssen concludes that the power of belief is strong when it comes to health. Ignoring the strength of thinking and belief can have fatal consequences for a patient.

There are many more supportive studies

Eastern doctors have long believed this, and Western doctors are beginning to accept the placebo effect as a valuable healing tool. They conclude that those believing in the healing power of the mind will not only feel better; they will actually improve their health.

There is more than just anecdotal evidence that the placebo effect causes physical change in the body. There is proof that placebo treatment causes actual physiological healing. It is now possible to measure the placebo effect on the body by scanning positron emission tomography (a PET scan) [2], as well as by measuring magnetic resonance MRI in the centers of the brain [3] and blood [4]. A study published in 2001, conducted by scientists GS Kienle and H. Kiene, showed a critical reanalysis of the concept, existence and magnitude of the placebo effect. The study concluded that placebo substitutes of conventional medications could affect a person as much as 70 to 100%. [5]

In another study performed in hospitals in France, when doctors were convinced of the superiority of a new hypertension drug, the blood pressure of patients taking this new drug decreased significantly more then with older drugs. However, in other hospitals, when the doctors were not aware of the new drug, there was no evidence of its superiority. [6]

A medical study from the University of Kentucky shows that optimists live an average of ten years longer than pessimists and do so in better health. [7].

And there are many other studies that prove that optimism can reduce the length of an illness [8], improve immunity [9], and promote healing and survival after catastrophic health problems [10] [11]. The healthier a person’s attitude, the healthier her body will be. Whether you are currently in good health or you are facing a battle against a disease, your attitude will make all the difference. Do not take the placebo effect or your body’s ability to heal itself for granted!

In his book “The Four Agreement”, author Don Miguel Ruiz describes how our family, school and societal education systems apply strong “brainwashing” that leads us to relinquish our healing knowledge and powers. It is this societal brainwashing that leads us to fall for the disease model and forget our innate powers.

In extensive Soviet research BAC was shown to feed the cells of the brain better than any other food, supplement or drugs. This was proven undeniably with 20 animal species where the placebo effect is not a factor in the results. BAC plays a fundamental role replenishing the brain with live nutrients filling the gap where ordinary food cannot. In terms of healing, BAC works with what comes naturally to the body including our beliefs. By making BAC part of your overall diet, you are receiving a high-performance fuel that increases brain vitality.

Read online about “The Magic is Back”

Let me close with this Japanese proverb, a good example of the placebo effect and at least good to recall as the weather cools :

2 thoughts on “WELLNESS AS WE SPEAK”